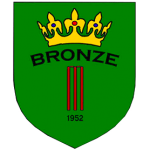 In the early 1950’s a works team was assembled mainly for the pleasure of the Managing Director & senior staff members of Aluminium Bronze in Walsall. This continued for some years until the untimely death of the M.D. The end of cricket seemed apparent until Harry Anson decided to take on the task and create a “proper” team. He scouted the factory for candidates to make up a side and a team built on friendship & companionship developed.

Upon ‘Arry’s death all association with the firm ceased and rather than abandon the team a few of the lads, especially his son Dennis, decided to go it alone & continue the legacy. They soon found out that there was more to cricket than turning up in “braces & brown pumps” for a quick bash with a bat and a few beers afterwards!

On 15th June 1987 Bronze Cricket Club was officially opened when Warwickshire legend Geoff Humpage brought his side (including a fresh faced Springbok called Allan Donald) to Chapel Lane. The sound of leather on willow was now to be an accompaniment to the bells of St Margaret’s church. Who’d have thought it, the quintessential English village scene, slap bang in between Walsall & Birmingham, half a mile from the M6!

The last 28 years have flown by and have seen the club go from strength to strength. A fledgling junior section was started in the 1990s, mainly so that a number of Dads could spend more time at the club! But this has led to the club now having 4 junior teams competing in leagues and almost 100 junior members, with over half of the current 1st & 2nd X1s coming through the youth setup.

Achieving an English Cricket Board (ECB) Clubmark Accreditation is an important step in confirming that the club operates to a key set of core criteria and has in place good practice. This ensures that we can deliver high quality community cricket in an environment that is safe, effective and child friendly.

Achieving Clubmark status demonstrates our commitment to prioritising junior development and creating a benchmark for high quality community club cricket. Bronze Cricket Club achieved Clubmark status in 2006 and every 3 years we have to re-apply and prove our worth to the ECB and Sport England. We have recently passed our latest inspection in October 2018 with flying colours.

ECB Clubmark gives clubs an opportunity to write and implement new procedures as well as acknowledge existing practices. Cricket clubs are required to present evidence and demonstrate implementation across four different themes, culminating in the production of a Club Development Plan.

The four themes are:

Volunteering in the community for Bronze CC

Our continuing work in the community with schools and local groups has raised our profile in the volunteering area. Former Welfare Officer Barry Wood was awarded the sports development award for coaching in the Walsall area by the Walsall Voluntary Action organisation and also the Youth Development in Cricket award by the Midlands Club Cricket Conference. Groundsman Barry Macey was awarded Groundsman of the year by the Midlands Club Cricket Conference.

Youth Cricket in the community for Bronze CC

Our commitment to youth cricket is as strong as ever, running 4 youth teams in the West Midlands Youth Cricket League for children aged 6 upwards. All of our older junior age groups teams contribute to our development team which acts as a stepping stone into adult cricket and hopefully a lifetime of Bronze Cricket at the picturesque Anson Ground.

We use cookies to ensure that we give you the best experience on our website. If you continue to use this site we will assume that you are happy with it.OkayPrivacy Policy